The Origins of the SDi Model

Spiral Dynamics was initiated in the 1960s through extensive research done by Prof. Clare W. Graves, an American Professor in Psychology at Union College, New York. Although he started his work from a psychological point of view, Graves realized that he needed to apply a multi-disciplinary approach to answer his hypotheses and research questions.

“Briefly, what I am proposing is that the psychology of the mature human being is an unfolding, emergent, oscillating, spiraling process, marked by progressive subordination of older, lower-order behavior systems to newer, higher-order systems as man’s existential problems change.”

Graves was captivated by the question “What is healthy, mature, human behavior?” He combined this with the idea that all humans want to be right in almost every area of their lives; may it be in the field of politics, religion, sports, gender, marriage or other areas. To answer this question, he started his large-scale research.

The conclusion of his research was that people only differ from opinion due to a variety of value systems and their own bio-psycho-social development. Data and results from his scientific research in the 1960s and 1970s showed that human behavior is strongly determined by our value systems, our internal motives and our belief systems.
Graves’ work was so extensive, pioneering and interdisciplinary that he didn’t fit into a defined movement. Graves ‘simply’ called his theory ‘The emergent, cyclical, double-helix theory of adult bio psychosocial systems development, or, in short, “Levels of Existence Theory”.

Do you want to hear Graves explain his theory himself? Please listen to Part 1 and Part 2 of the original 1974 audiotapes. Some of the original Graves’ articles can be found on the “Articles” page. On this page, you can also find some interesting articles from Beck, Cowan and Wilber.

Graves’ followers, Dr. Don Beck and Christopher Cowan, further developed his work and coined the term Spiral Dynamics (SD) in the 1990s. They also wrote the Spiral Dynamics book and they were the ones who introduced the now well-known colors. During that time, Dr. Don Beck came into contact with the American integral philosopher Ken Wilber. They became inspired by each other’s work and decided to integrate both their models – thus adding the ‘i’ to Spiral Dynamics: SDi was born. 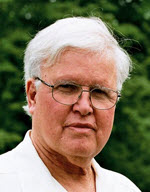 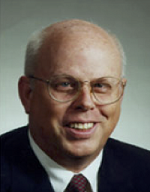 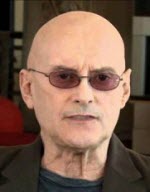